TOM CHEETHAM
Tom Cheetham is a philosopher, biologist, poet and teacher and the author of four previous books on creative imagination in psychology, religion and the arts. He is a former professor of biology and environmental studies and is now a Fellow of the Temenos Academy in London and Adjunct Professor of Human Ecology at the College of the Atlantic in Bar Harbor, Maine. He lectures regularly in Europe and the US. He and his wife live on a homestead in rural Maine. They have two grown children. 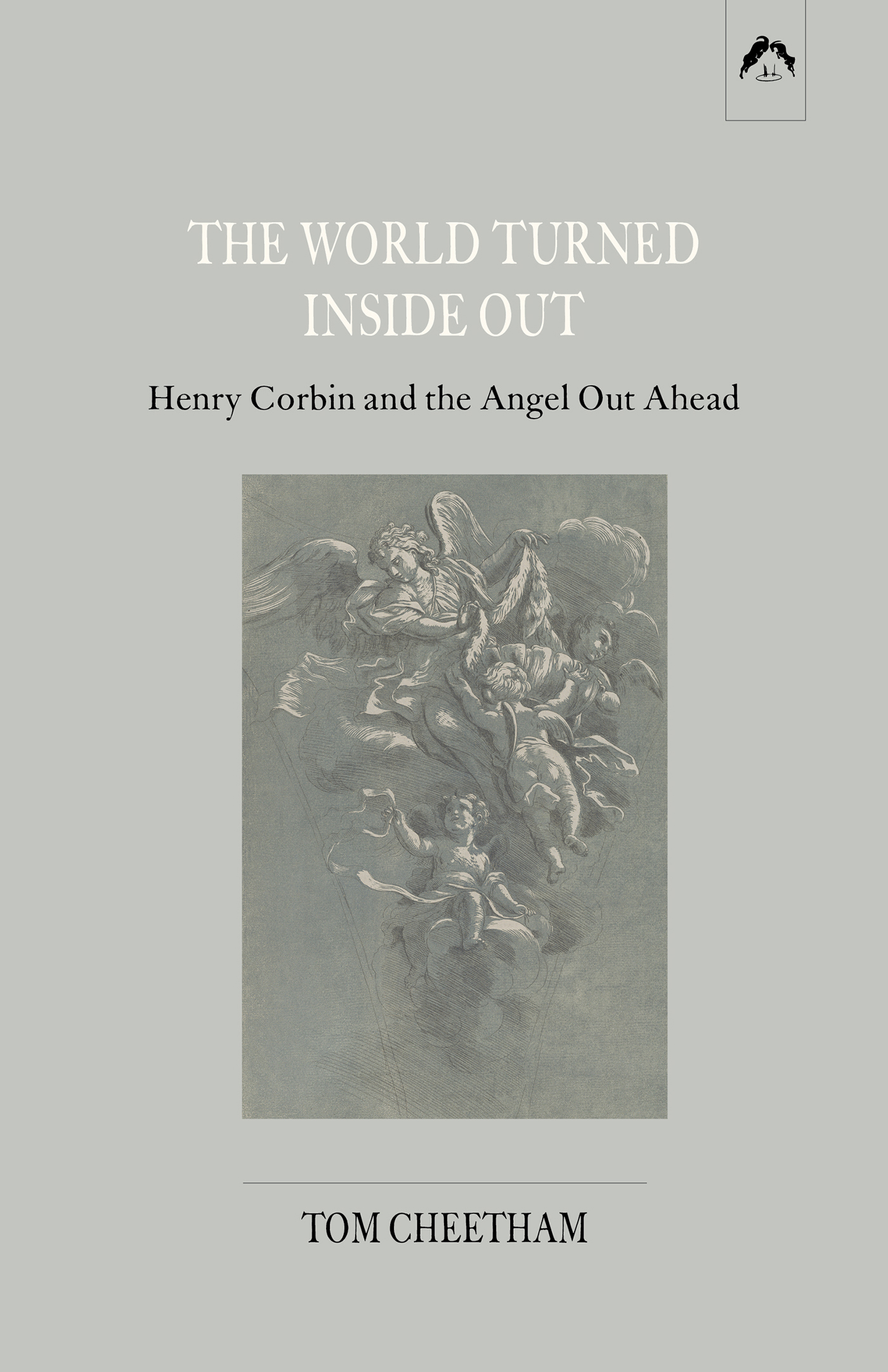 THE WORLD TURNED INSIDE OUT
Henry Corbin and the Angel Out Ahead
Second, revised edition Paperback original, 246 pages, $22
ISBN: 978-0-88214-941-7 Kindle/Apple Books edition, $9.99
ISBN: 978-0-88214-940-0
The first book in English to synthesize the remarkable work of Henry Corbin, the great French philosopher, Christian theologian, and scholar of Islamic mysticism. Corbin, a colleague of C. G. Jung’s at Eranos, and one the most important visionaries of the twentieth century, had a seminal influence on the development of archetypal psychology, especially through the idea of the “imaginal world.” Corbin’s work bridges the gap between the philosophy and theology of the West and the mysticism of Islam and provides a radical and unified vision of the three great monotheistic religions based upon the Creative Imagination. One obstacle for the reader of Corbin’s writings is the fact that the “Oriental” philosophy in which he came to find his home is little known. Corbin’s heart lay in Iranian Shi’ism—for many people an obscure branch of a poorly understood religion. The mention of Iran or of Shi’ite Islam conjures up for too many only visions of violence and intolerance. Yet the message that Corbin brings from Iran and from Islam is potentially of such psychological and cultural importance as to make the effort of familiarizing ourselves with his work and the traditions from which it springs more than worthwhile.

AFTER PROPHECY
Opening the Eyes of Fire Paperback original, 219 pages, $22
ISBN: 978-0-88214-078-0 Kindle/Apple Books edition, $9.99
ISBN: 978-0-88214-079-7
This book explores the status of religion in the Post-Prophetic Age, especially as seen through the eyes of the French Islamic scholar Henry Corbin. In lucid and simple prose, Cheetham explores the creative role of the imagination in the formative ground of the three great Abrahamic religions: Judaism, Christianity, and Islam. For Corbin, engaging the soul of the world through the mediating power of the Imaginal is an act of love, a theme Cheetham expands through his analysis of such concepts as mystical poverty, contemplative knowledge, the luminosity of the earth, the theophanic vision, the Christ Angel, Incarnation, the divine sensorium, alchemical transformation, the spiritual humanism of Ivan Illich, Western iconoclasm, and the centrality of gnosis. 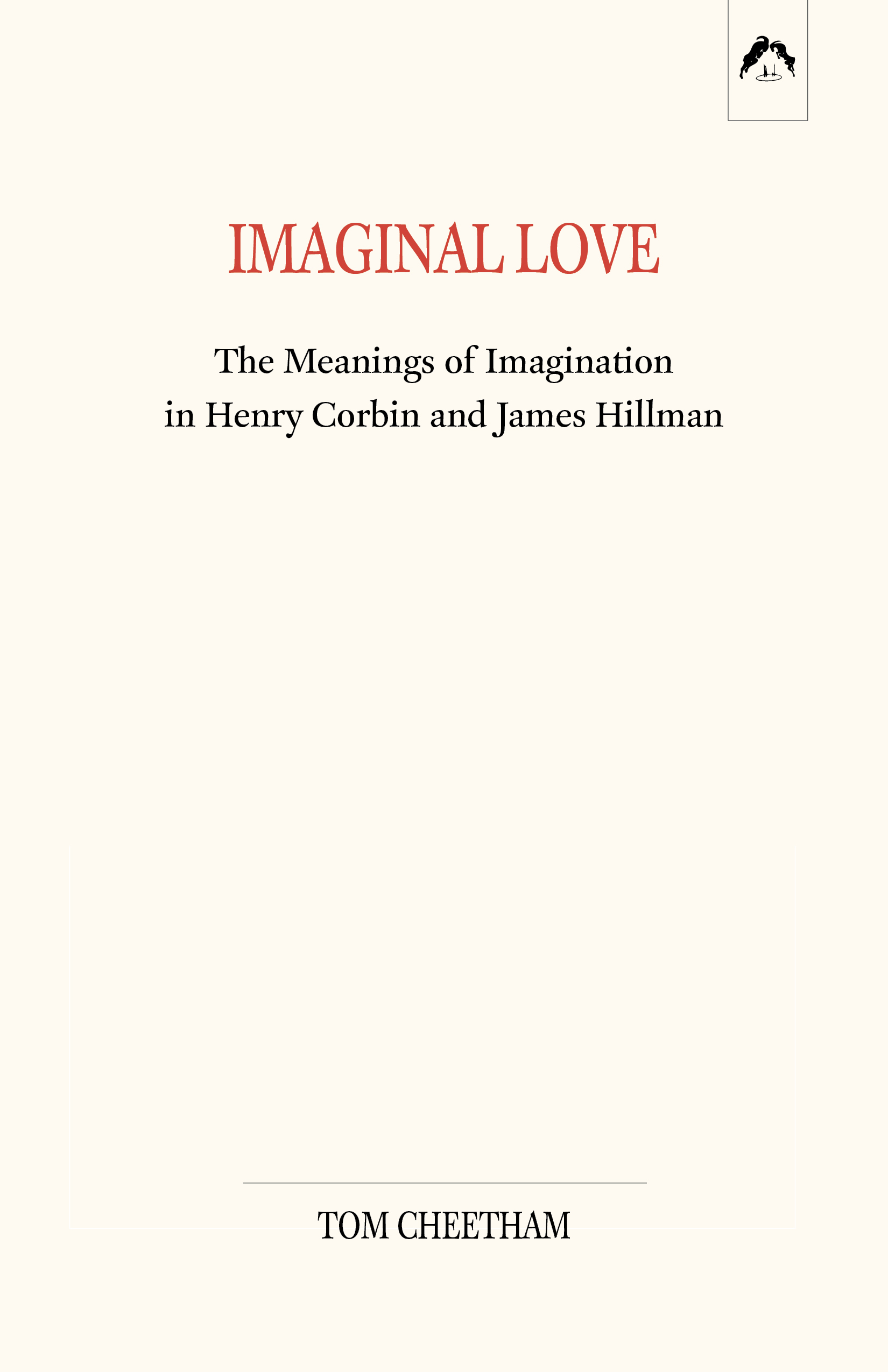 IMAGINAL LOVE
The Meanings of Imagination in Henry Corbin and James Hillman
Paperback original, 208 pages, $22
Second, revised edition
ISBN: 978-0-88214-086-5 Kindle/Apple Books edition, $9.99
ISBN: 978-0-88214-033-9
Corbin’s work on the role of imagination in the religions and its fundamental place in human life has had a lasting and wide-ranging influence on contemporary poetry and the humanities. Among his most influential readers were the poets Charles Olson and Robert Duncan and the archetypal psychologist James Hillman. Central to their common vision is the creative power of language, understood not as a human invention but as a fundamental feature of reality. This new book by philosopher, biologist, poet, and teacher Tom Cheetham provides an overview of Corbin’s “psychocosmology” and its significance for Hillman’s archetypal psychology, contemporary poetics, and spiritual practice. It will be of interest to psychotherapists, artists, poets, and anyone who has ever wondered at the mysterious power of language and the imagination to transform the human soul.