JAMES HILLMAN (1926–2011)
The pioneering imaginative psychology of JAMES HILLMAN (1926–2011) spans five decades. It has entered cultural history, affecting lives and minds in a wide range of fields. For the creativity of his thinking, the originator of Archetypal Psychology and author of A Terrible Love of War, The Soul’s Code, The Force of Character, Re-Visioning Psychology, and The Myth of Analysis, has received many honors, including the Medal of the Presidency of the Italian Republic. He has held distinguished lectureships at the Universities of Yale, Princeton, Chicago, and Syracuse, and his books have been translated into some twenty languages. In 2004 SPRING began publication of the clothbound Uniform Edition of the Writings of James Hillman that unites major lectures, occasional writings, scholarly essays, clinical papers, and interviews—arranged thematically. 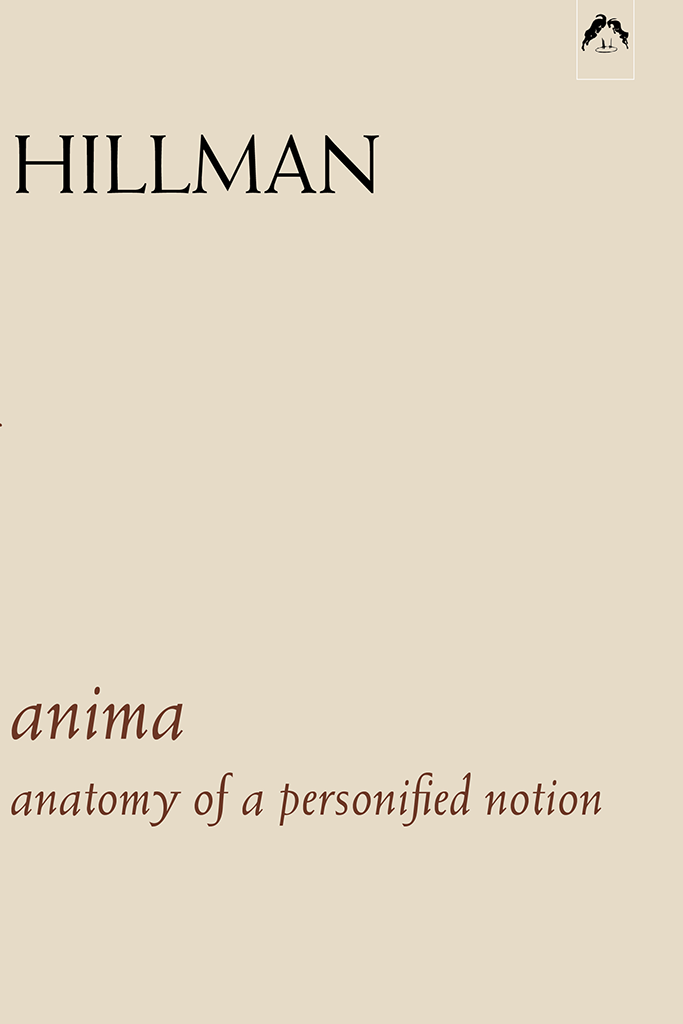 ANIMA
An Anatomy of a Personified Notion
(with 439 excerpts from the writings of C. G. Jung Paperback original, 200 pages, $22
ISBN: 978-0-88214-316-3 Kindle/Apple Books edition, $9.99
ISBN: 978-0-88214-042-1
❝
This excursion is intended to supplement the main literature on the anima. Since that literature provides a goodly phenomenology of the experience of anima, I shall look here more closely at the rather neglected phenomenology of the notion of anima. Experience and notion affect each other reciprocally. Not only do we derive our notions out of our experiences in accordance with the fantasy of empiricism, but also our notions condition the nature of our experiences.
—James Hillman 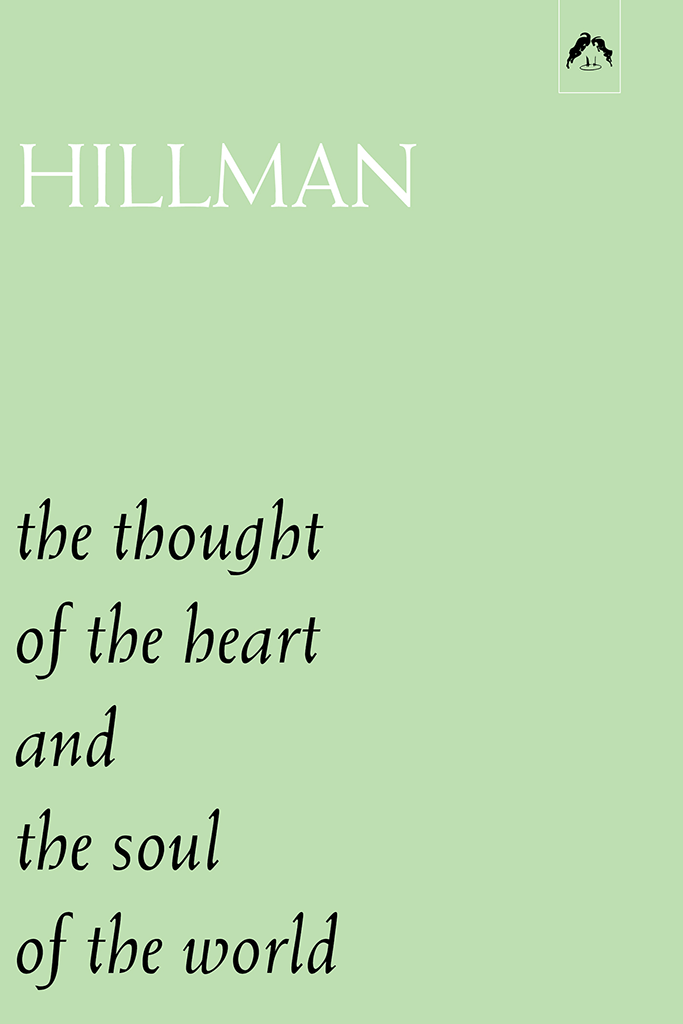 THE THOUGHT OF THE HEART AND THE SOUL OF THE WORLD Paperback original, 76 pages, $20
ISBN: 978-0-88214-953-0 Kindle/Apple Books edition, $9.99
ISBN: 978-0-88214-003-2
Two groundbreaking essays, “The Thought of the Heart” and “Anima Mundi: The Return of the Soul to the World,” by James Hillman that launched Archetypal Psychology and began the renaissance of a psychology that returns psychic reality to the world. Following Marsilio Ficino, who was the first to place the soul in the center of his vision, Hillman argues for a psychology that reflects the world it works in. 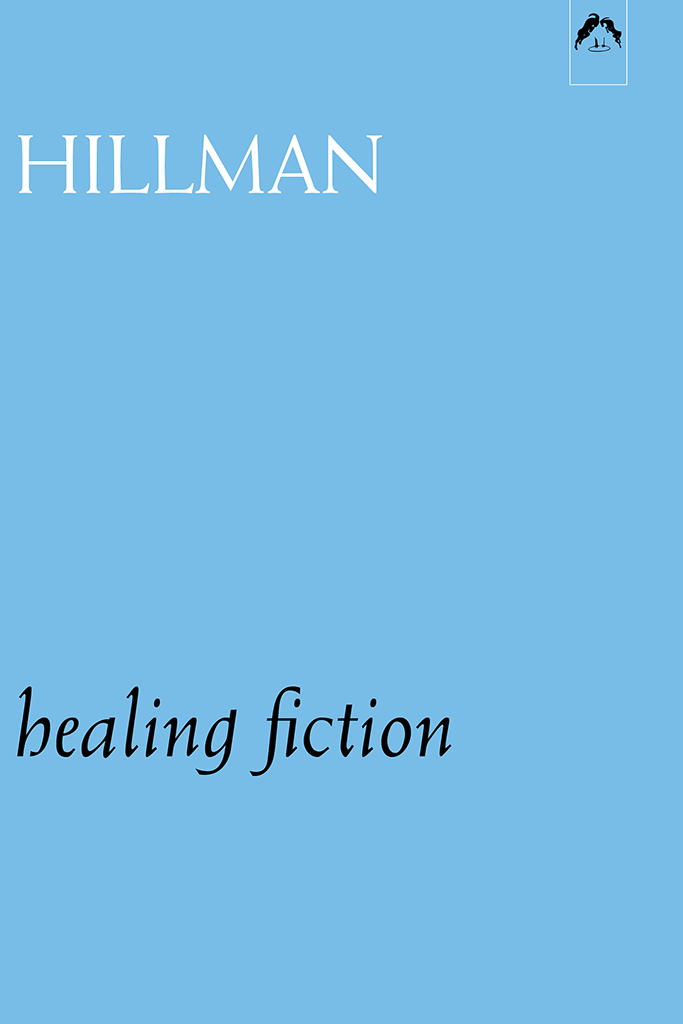 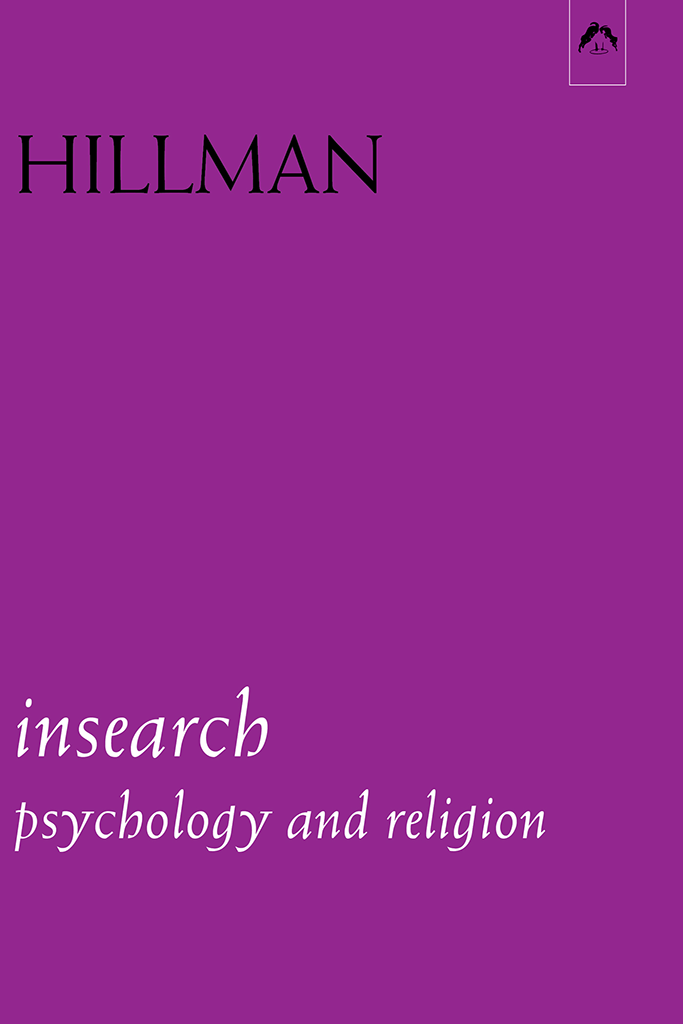 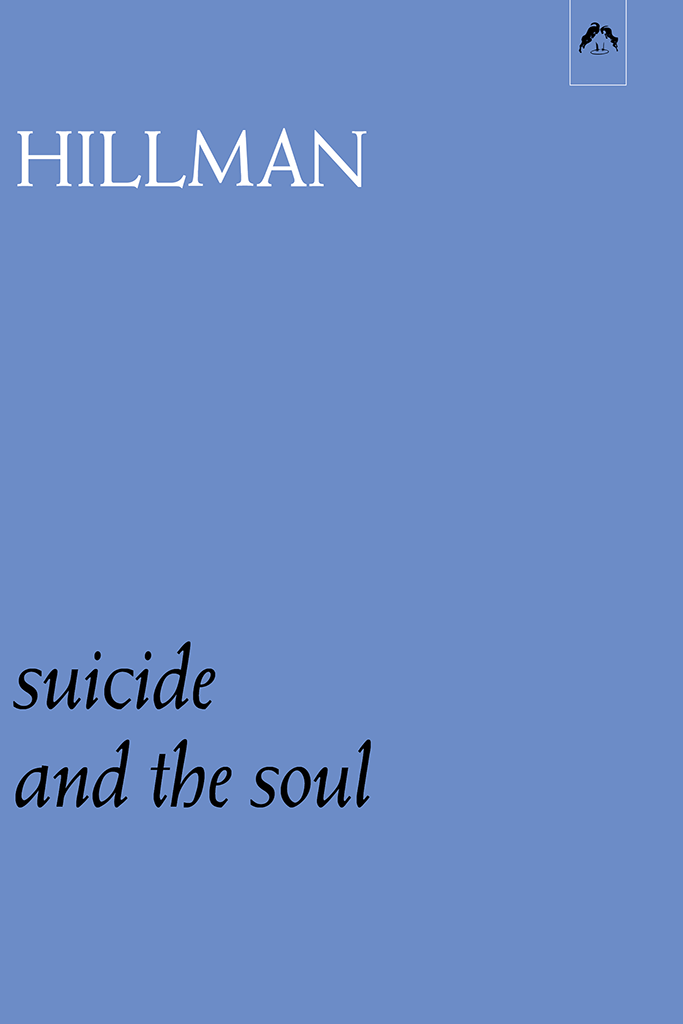 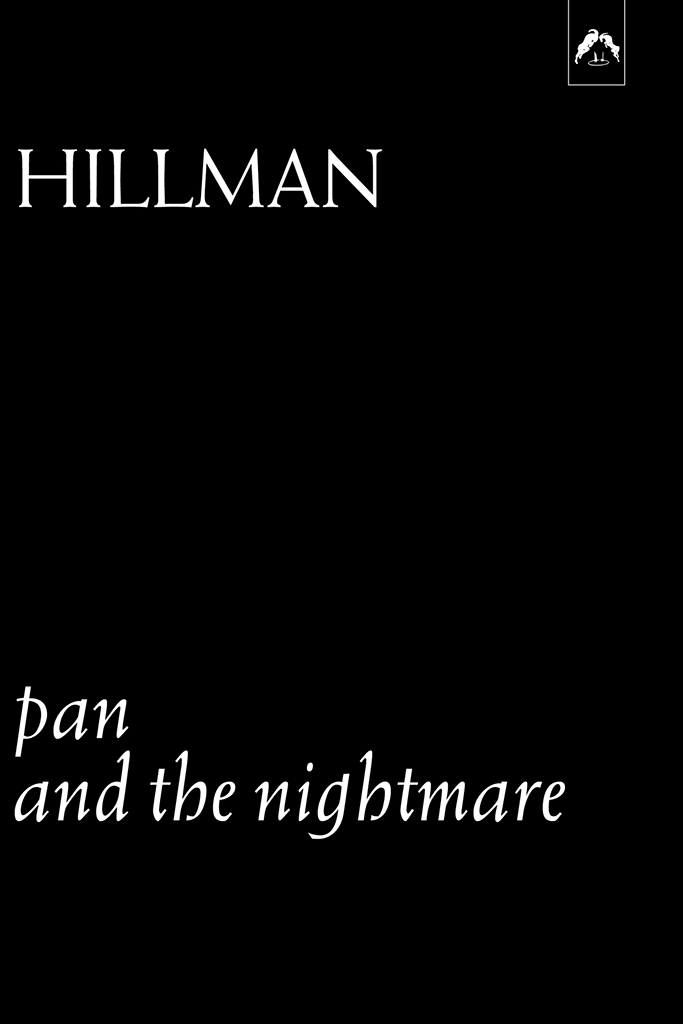 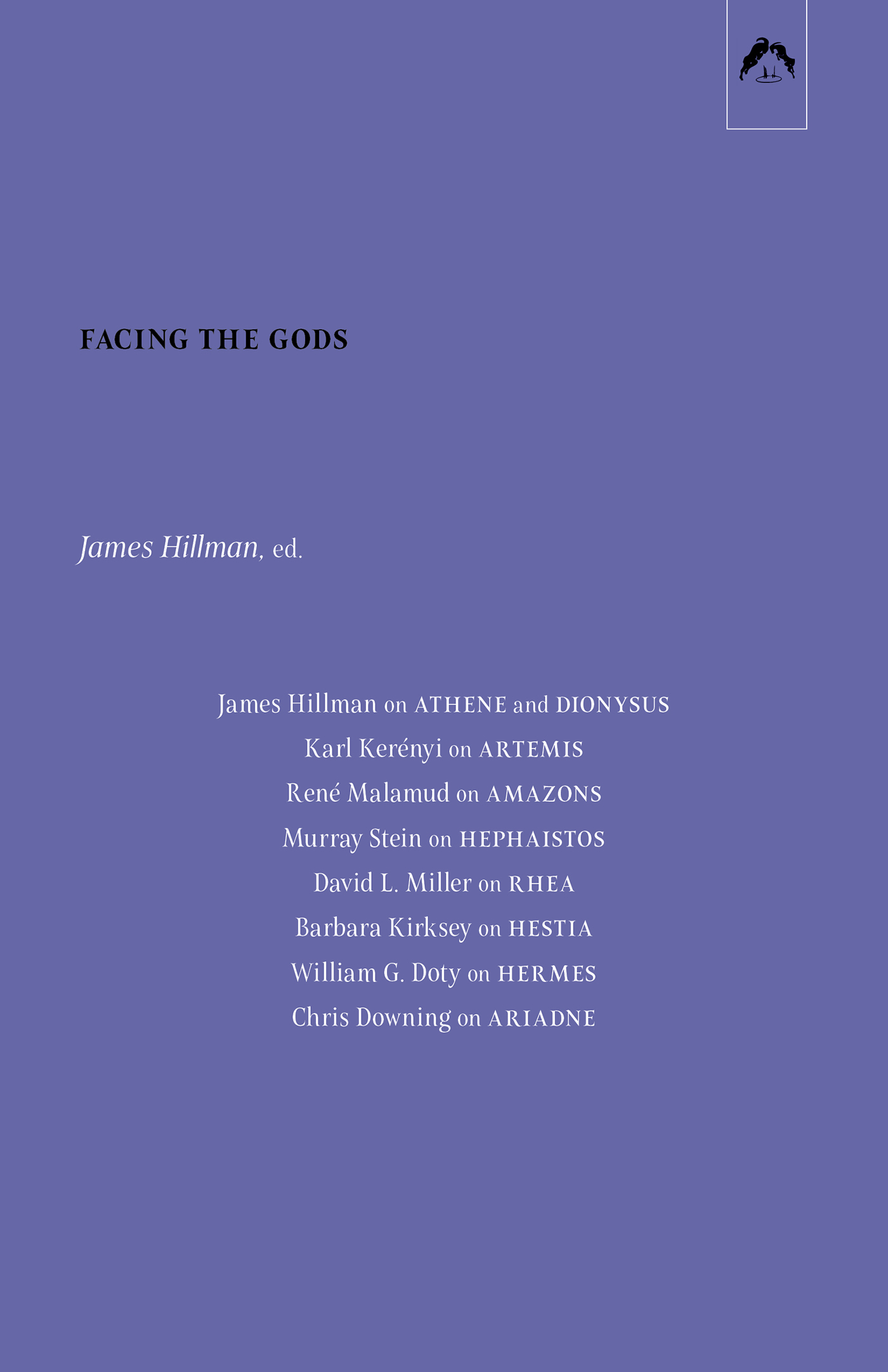 New
FACING THE GODS (ed.) Second, revised edition
Paperback original, 212 pages, $25
ISBN: 978-0-88214-955-4 Kindle/Apple Books edition, $9.99
ISBN: 978-0-88214-956-1
The gods have become diseases, said C. G. Jung, and the nine chapters in this volume show how major figures of the Greek mythological imagination are still at work in the contemporary psyche. This book is both reliably scholarly and intuitively psychological. It offers the reader ways of finding mythical backgrounds for personal experience. Here we can feel how the gods and goddesses influence symptoms, ideas, attitudes, relationships, and dream imagery.
With essays by James Hillman (on Ariadne and Dionysus), Karl Kerényi (on Artemis), René Malamud (on Amazons), Murray Stein (on Hephaistos), David L. Miller (on Rhea), Barbara Kirksey (on Hestia), William G. Doty (on Hermes), and Chris Downing (on Ariadne).

LECTURES ON JUNG’S TYPOLOGY
(with MARIE-LOUISE VON FRANZ)
Second edition
Paperback original, 182 pages, $24
ISBN: 978-0-88214-095-7 Kindle/Apple Books edition, $9.99
ISBN: 978-0-88214-002-5
Two world-reknowned psychologists give detailed accounts of C. G. Jung’s personality types—the most famous part of his psychology—with examples, anecdotes, and humor. In her essay, “The Inferior Function,” Marie-Louise von Franz shows the inferior shadow side of each of the eight kinds of typical functioning, while James Hillman differentiates in his essay, “The Feeling Function,” genuine feeling from look-alikes and substitutes. Both essays are a rich source of ideas for study and an enjoyable guide for self-discovery. Full of psychological insights into personal habits, temperaments, and character.